Please click here to see our latest news with the ongoing situation, including details for: prescription orders, appointments, and office hours. 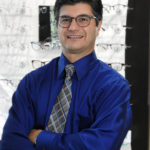 Mark T. Marciano, O.D. is a board-certified optometric physician. He was born and raised in Toronto, Ontario Canada. Dr. Marciano received his Bachelor’s of Science at Queen’s University in Kingston, Ontario Canada. He graduated in 1998 from Nova Southeastern College of Optometry in Florida where he was on the Dean’s list for academic achievement and received the Chancellors’s Award. Following graduation, he performed his residency at the Braverman Eye Center in Hallandale Beach, Florida. Dr. Marciano performs comprehensive eye exams and specializes in the management of ocular disease; including, cataract, glaucoma and refractive surgeries. He has been practicing in West Palm Beach since 1999.

Doctors Mark and Brandee Marciano met during their fourth-year externship. They were married, April 29, 2000, and have two sons. Building an optometric practice together has been a long-time dream. Their goal is to give your family the same attention they provide their own. 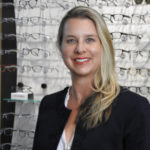 Brandee Owens Marciano, O.D. is a board-certified optometric physician who is originally from Sacramento, California. She received a Bachelor’s of Communications at the University of California. She graduated in 1998 from the New England College of Optometry in Boston, Massachusetts. She has had extensive training in the co-management of refractive surgery and in pediatric eye care. Dr. Marciano performs comprehensive eye exams and specializes in contact lenses, vision therapy and ocular disease management. She has been practicing in West Palm Beach since 1999. 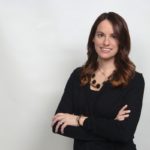 Dr. Weston grew up outside of Philadelphia, PA and is a proud alumnus of Pennsylvania State University. In 2002, she received a bachelor’s degree in Biochemistry and Molecular Biology and shortly thereafter relocated to Palm Beach County, FL where she has resided ever since. She attended Nova Southeastern University in Davie, FL where she earned both a Doctor of Optometry degree as well as a secondary B.S. in Visual Science in 2007. While attending NSU’s College of Optometry, Dr. Weston was an inductee of the Beta Sigma Kappa Honor Society as well as a recipient of the Odyssey Award for her expertise in managing dry eye disease. Her internship was completed at the prestigious Aker Kasten Cataract & Laser Institute in Boca Raton, FL in 2006. She has been certified by the state of Florida to diagnose and manage various conditions of the eye for over a decade. Dr. Weston privately owned and operated a solo optometric practice from 2008 to 2018. She currently resides in West Delray Beach with her husband and son. 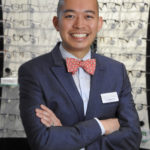 Dr. Tsung-Hao Wu is a board-certified optometric physician who is originally from Taipei, Taiwan.  He received a Bachelor of Optometry from Chung Shan Medical University College of Optometry in Taichung, Taiwan in 2009. Following graduation, he completed one-year of military service in the Marine Corps of the Republic of China.  After military training, he moved to Columbus, Ohio and spent one year completing the prerequisite courses prior to applying for optometry school in the United States.  He graduated from The Ohio State University College of Optometry in Columbus, Ohio in 2016.  Following graduation, he went on and completed a residency in primary care with an emphasis in ocular disease at Nova Southeastern University College of Optometry in Davie, Florida in 2017.  In addition to ocular disease, Dr. Wu is also interested in the clinical application of medically necessary contact lenses in treating ocular surface disorders.  Dr. Wu is a member of the American Optometric Association and a member of the Florida Optometric Association. 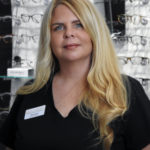 Rebekah joined our team in 2019 with several years of experience in an optical setting.  She is well versed in Medical & Vision Insurance Plans. She handles scheduling appointments, verifying and billing insurance plans, working alongside of the doctors, and is one of our liaisons between the local surgical centers and our patients. 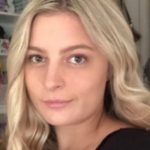 Carlie has been with Marciano Family Optometric since January 2020. She works as an Optometric Technician helping to complete the necessary pre-testing for our patients. She works with patients to train them on wearing contact lenses as well.  She loves working in healthcare to provide top quality service for all of our patients.

“Great experience!
Thank you Dr. Marciano and Adriana for a wonderful appointment! It didn't even feel like I was in a Dr's office--dare I say I look forward to next year?

You can schedule your next appointment with us online!